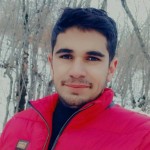 Based on data received on Saturday afternoon from the Ingenuity helicopter, NASA decided to postpone the first experimental flight of the Ingenuity Mars helicopter until no earlier than April 14.

During a high-speed test on the rotation of the rotors on Friday, the control test ended in advance due to the expiration of the watchdog timer. This happened when the helicopter tried to switch the on-board computer from the “pre-flight” mode to the “Flight” mode. The helicopter is unharmed and has transmitted a full set of telemetry to the Ground.

A watchdog timer monitors the sequence of commands and alerts the system to any potential problems. This helps the system stay safe without continuing to work if there is a problem or something is not working as planned.

Top 5 countries where the most meteorites fell and learn the meaning of 5 words in English at this videos.